Home » A Big Solar Deal-Sweetener Might Be Dead Soon 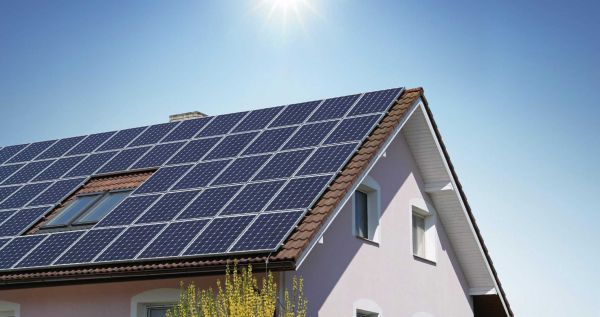 Solar companies in San Diego and elsewhere have long sold the technology as an investment that pays off for both the environment and pocketbooks.

A trio of impending policy changes could collectively change the game.

Here’s the first one.

When Steve Hon decided to get solar panels five years ago, he could count on getting at least 30 percent of that investment back within than a year.

Hon received a $4,800 rebate known as the federal solar Investment Tax Credit just months after he installed 12 panels on the roof of his North Park home. It was the extra push Hon and his wife needed to make the purchase.

“It was really part of the calculation,” Hon said.

And it may not be an option for future solar purchases.

The incentive, which now allows residential solar customers nationwide to get a 30 percent income tax rebate on their system and installation costs, is set to expire at the end of next year. Commercial customers, who can also claim the credit, will see their rebates fall to 10 percent.

If the tax credit dies, it’ll be one of a handful of changes likely to make it more expensive to go solar in the next couple years – both in terms of upfront costs and energy bill savings.

The solar lobby has had some initial success persuading lawmakers to keep it on the books. Last week, Rep. Mike Thompson, a California Democrat, introduced a bill to maintain the credit through 2021 and President Barack Obama’s latest budget includes a permanent extension.

But the industry’s not counting on the rebate to stay alive in a sharply divided Congress.

While panel prices have dropped in the last decade, they still come with a hefty upfront cost. Many customers who buy them do so with the idea they’ll recoup their costs in two ways, via the federal tax incentive and lower utility bills.

The federal tax incentive first debuted in 2006 as a way to encourage environmentally friendly investments. It’s since been expanded and extended.

Powers said losing the incentive won’t devastate his business but wouldn’t be ideal either.

It could increase the cost of going solar by up to 30 percent overnight, unless the market can respond by offering lower-cost systems.

Powers estimated most current solar customers invest in panels with the understanding that they’ll get a full return on their investment in four to five years. No incentive could mean an average seven-to-eight-year average payoff time instead, he said.

Solar groups are fighting to prevent that from happening. They argue losing the incentive could shock the market and slow solar growth.

Brad Heavner, policy director for the California Solar Energy Industries Association, said the change may not just stifle solar purchases. It could up monthly charges for customers who lease their solar panels or pay solar companies monthly for power their systems produce.

The tax credit is baked into the business models of the companies that offer those options, Heavner said. “They are able to offer a better price to customers if they have the tax credit.”

Ken Johnson, a spokesman for the group, claimed the loss of the incentive could cripple some companies and disrupt the industry’s historic growth.

“If Congress wants a level playing field, as they say, emerging technologies like solar need to be incentivized for some period of time in order for them to be cost competitive with other energy sources,” Johnson said.