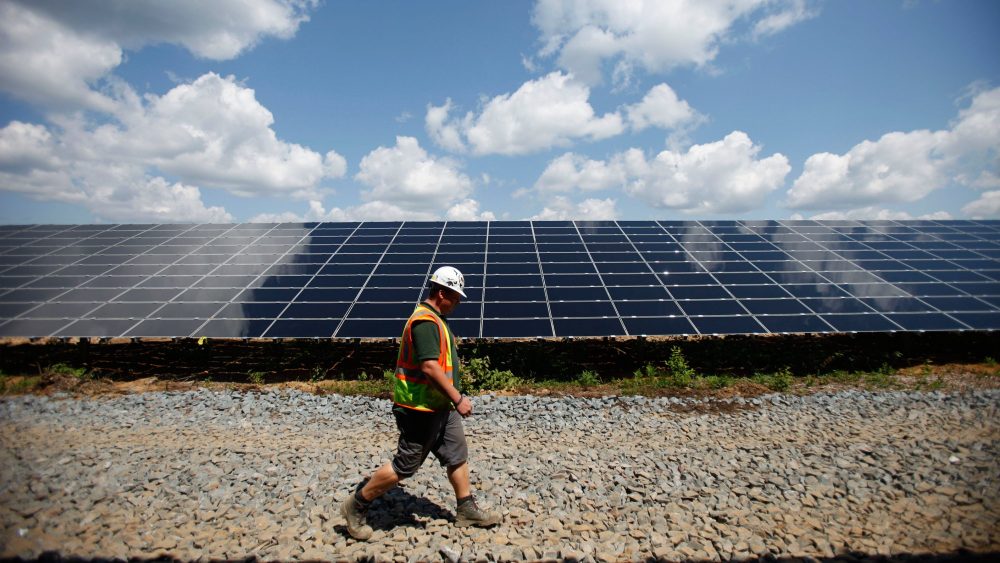 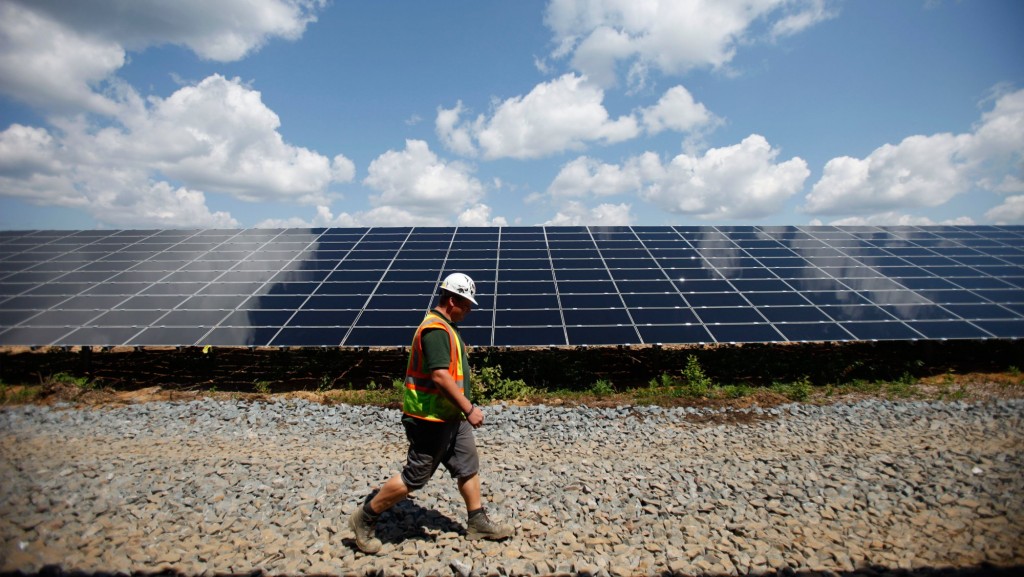 Apple CEO Tim Cook says the company will partner with First Solar to build a massive solar farm in California to power its buildings. Cook, speaking at the Goldman Sachs Technology and Internet Conference, said the farm will power its offices, including the under-construction Apple Campus 2 “spaceship” site, along with its 53 retail stores and datacenter in the state.

Acknowledging the reality of climate change, Cook said: “The time for talk has passed and the time for action is now.” Apple penned a 25-year deal with solar-panel firm First Solar in what it says will be the largest clean energy power deal to a US company. Cook said there will be a fixed price on the solar energy, which will result in “significant savings” in what Apple currently pays for power. Apple will receive 130 megawatts from the 2,900-acre solar panel farm that First Solar expects to begin work on in Monterey, California, later this year. Apple’s portion of the the First Solar farm will be 1,300 acres, an Apple spokesperson confirmed to Quartz.

This is not the only green energy initiative Apple is working on. Apple’s website says its new Campus 2 headquarters will be powered entirely by renewable energy sources, and the majority of the energy used by its Maiden, North Carolina data center is generated by on-site solar panels and fuel cells. Apple is also working on a solar-powered data facility in Arizona. The company boasts that it is “the only company in our industry whose data centers are powered by 100% renewable energy.”

“We’re doing this because it’s right to do,” Tim Cook said to the audience at the Goldman Sachs event, “But you may also be interested to know that it’s good financially to do it.”